It’s December. After a cold, wet spell my thoughts turn to the rivers and to a very special event taking place just out of sight of our everyday lives; the peak of the sea trout’s return to their spawning grounds – a magical, shape-shifting journey.

The life cycle of sea trout is intriguing. Unless you are an angler, it is a little surprising to learn that here in Sussex we have a fish that migrates between fresh and saltwater just like the Atlantic salmon, to which they are closely related.

The cycle begins when trout hatch from piles of gravel called redds on the beds of inland streams. Redds are created by the adult female fish and are where she lays her eggs, which are then fertilized by the male.

Sea trout spend a couple of years in the rivers before their physiology changes and they become silver with black and red spots. They then head downstream to the sea where they become saltwater fish. The sea provides more food than the rivers so sea trout are able to grow much bigger than non-migratory brown trout. The latter make the rivers their home and do not go out to sea, although they are the same species as sea trout. After a year or two at sea, come November and December, sea trout begin to make their way back to the river where they hatched, using olfactory clues, in order to breed.

Various cultures revere the salmon, it has a reputation for being a magical fish. In Ireland it is associated with wisdom, knowledge and power. For Native Americans the fish symbolised determination, prosperity and renewal. I haven’t found any folklore or myths specific to sea trout, although there is a lovely Japanese myth about Ainu, a giant trout that carried the world on its back and caused the ebb and flow of the tides by sucking water into its mouth and then letting it go.

The Ouse and Adur Rivers Trust (OART) works to protect the rivers Adur and Ouse and their catchment areas to ensure they are healthy for sea trout and all the other wildlife that should thrive alongside them. Each year during the winter months as an OART volunteer, I go and survey some of the Sussex river tributaries for the presence of redds. If I am lucky I might occasionally see a few determined trout leap up a weir, which is always an exciting spectacle. The sea trout in Sussex are some of the largest in the country. I have also helped with tree planting with OART along the Adur on the Knepp Estate in West Sussex. OART also works with the Environment Agency, carrying out water testing for pollutants and agricultural run-off in the rivers.

For more information about the fascinating life story of these amazing fish and the important work of OART visit the OART website.

American Academy of Paediatrics (AAP) – an organisation of paediatricians committed to the best physical, mental, and social health and well-being for all infants, children, adolescents, and young adults.

The AAP posits that climate change poses threats to human health, safety and security. But they consider children to be at particularly high risk. The effects on child health include: None of us can be further than 120 kilometers (75 miles) from the sea and therefore vital to the public’s understanding of the coastline. Not my words but those of the junior minister for the environment: Rory Stewart. The English Coastal Path (ECP) is a proposed national trail that will be over 4,500 kilometers (2,800 miles) long if, or when, completed. The ECP is therefore very important for many people.

The plan was announced in 2007 to link up 11 existing coastal paths to make one continuous trail. But in 2013 only 20% of the building had taken place.

The project is important for several reasons including law changes which give walkers new rights of access to typical coastal land e.g. foreshore, beaches, dunes and cliffs, including areas where everyone can rest, relax and admire the view. Most importantly the path will now be able to ‘roll back’ as the cliffs erode or slip – enabling a replacement route to be put in place quickly if necessary, so solving longstanding difficulties with maintaining a continuous route along the coast.

We’ve heard that routes in Lancashire, Lincolnshire, Hampshire, Devon and Essex need particular attention in order to meet the 2020 deadline. In addition completion of the ECP translates to local income: people who do tourism calculations estimate that for every mile completed it generates up to £600,00 in the SW England (SW Coast Path report). Interestingly visits to coastal areas generate about £18 as opposed to just £6 to the countryside.

River Ocean, with our partners, will be tracking the progress of this once in a generation project. We’re asking for your individual local expertise/knowledge to tell us what’s happened so far. 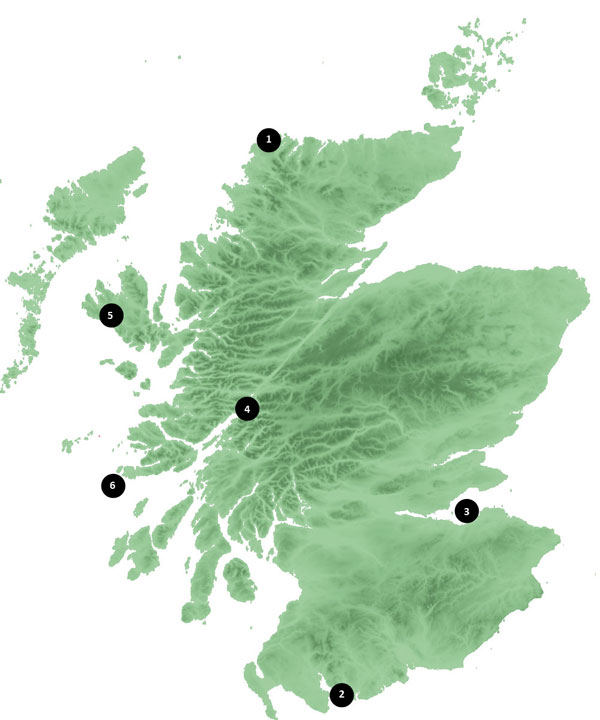 This archaeology investigation, funded by The Crown estate, has yielded rich results. Highlights are shown in the map above.

The key to some of the major finds is:

Check out more about this story in The Guardian. Welcome to the relaunched website – it’s been a little while due to a variety of circumstances – for those interested in the background you can read about it here.

We wanted our revamped website content and design to celebrate the seventeenth anniversary of our annual Lowtide event – an inter-tidal festival held on the Saturday in May with lowest tide.

So much has happened since we began, but certain themes are still with us – particularly the idea of ‘integrated catchment management’ – a fancy way of saying pollutants we put in our rivers basins will end up in the sea. We can also apply those principles to energy consumption and production within a watershed as well as waste. Integrated catchment management still presents an exciting way of understanding our world from a new perspective.

We continue to be alarmed at the data about climate change and the implications for sea-level rise (affecting especially low lying islands) and European flooding (what a winter it’s been for some of us!) Further, things are not looking good biodiversity, aquatic or otherwise.

The question is what are we going to do about it? We could, and will! discuss and raise awareness about water issues until the proverbial cows come home and then send them out again to pollute any waterways we have left. Here’s a good article by George Monbiot about our fairy-tale farming stories as told by the National Farmers’ Union and others.

Will you join us in both debate and action? We will have the campaigns, events, tools and desire to achieve this. But we need help and support of course.

A good article published recently in The Guardian.